Word on the Street: What our customers are saying

Romain PickupsUncategorisedWord on the Street: What our customers are saying
20.01.2015 RomainPickups Uncategorised

Every now and again when a set of Romain Pickups is delivered, customers send in their impression on their new handwound set of FiftyNiners, Firecasters, etc. It’s always nice to see that the care and time put into making these pickups goes a long way in the quality, tone and end result of each and every Romain Pickups set that gets made and shipped off to its new home. Here’s what our customers are saying:

We sent out a set of custom FiftyNiners to Pete Lesperance of Harem Scarem. To our surprise, he had them installed in his main guitar – a Gibson Les Paul Studio. Here’s what he had to say about the pickups:

“Looking good… Sounding great! They take to gain nicely and they sound awesome!”

When comparing his new FiftyNiners to the Dimarzios previously used in his Les Paul:
“Very nice… A little brighter and more lively.”

After first rehearsals in preparation for the new album Thirteen’s tour dates:
“I’m loving the pickups man. Just had our first rehearsal yesterday and at a good volume they just sing!”

Be sure to check out their latest album “Thirteen” and feed your ears with Pete’s incredible guitar work, the band’s impeccable musicianship and great Canadian made rock n’ roll. 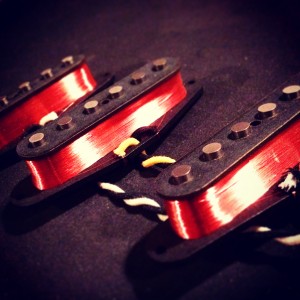 “The guitar sounds great, those pickups are super hot. I’ve played it through my little Fender Excelsior – it’s a new bare bones straight tube with only a volume knob. I play through an Ibanez tube screamer and a reverb pedal. I like being able to make the tubes light up and saturate so these pickups are great for that.

With the volume knob backed off on the guitar I can still get the clean Fender bluesy tones so it’s a good combination for what I like. I even like the pickup position with neck and middle, which I’ve never liked or played before, and it does a great job to bring the hum down from all the stray electro-interference I’ve got at my place.

I also have a mid 70’s Fender Super Reverb, but it’s too big to play anywhere other than big venues. I’d love to hear these pickups light up the tubes on that thing though!” 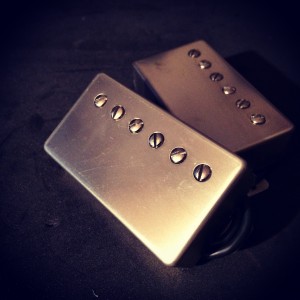 “Got the pickups yesterday and put them in last night, they sound awesome!! Thanks!” 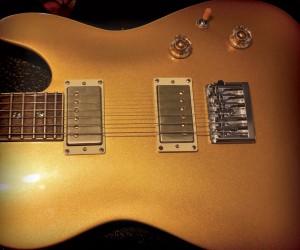 “I love these pickups! Just what I was looking for! I get a lot of compliments on the sound and looks. Thanks again!” 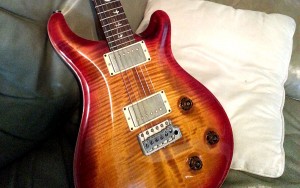 “Loving the pickups! They are very dynamic and balanced. They have a great organic quality to the sound that really makes the notes come alive. An absolute joy to play on. In fact, I haven’t played any of my other guitars since I installed these pickups; not even my other PRS, which up until now was my favourite (2010 McCarty in tobacco burst).

The guitar these went into is a 2005 PRS Custom 22 20th anniversary edition featuring the exclusive “Birds in flight” inlay. They are a huge improvement over the Dragon 2 pickups it had and really make the guitar sound how I always felt it should.” 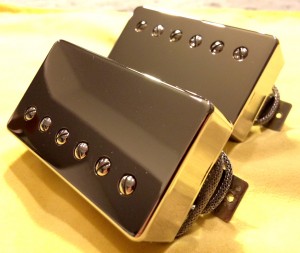 “Installed the Fifty Niners in my Epiphone Les Paul Standard and they sound fantastic! All the dull trebles I normally hear in humbuckers are gone and the attack is so much crisper. The guitar is wired with four push-push knobs Jimmy Page style.

Running these FiftyNiners as single coils produces really nice clean and vintage style overdrive. You get a real P90 vibe out of the guitar. Running the pickups out of phase gives a really aggressive honkiness that provides great tube overdrive and is very sensitive to how you blend the two pickups with the volume knobs. The amount of tone and versatility in this guitar is insane!” 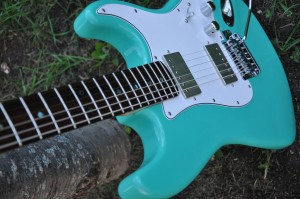 “The first set I installed were your humbuckers so that I could give them a quick test and give you my review. I took pictures of the guitar and then later that evening installed single coils in it. Simply because of the colour of this guitar, I was certain that I would leave it as a single coil instrument simply for aesthetics.

After playing it for a couple of days I came home at lunch to replace the single coils with your FiftyNiner humbuckers… Because it just sounds so much better. I am very happy with the pickups and am extremely satisfied with the value that I got for them.”